MajorLinux’s Games of the Year 2014 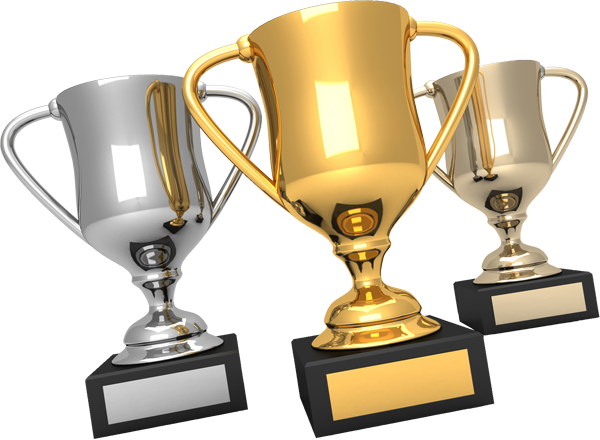 Well, it is that time of year when everyone makes videos and podcasts and blog posts that help justify why they spend so much money on video games. I don’t want to be one of those people mainly because the video I shot didn’t look as good. So, I’m going to be happy with the podcast I did with the GameEnthus crew and this post that explains in a little more detail why I chose these five games to be my games of 2014 starting at #5:

This is one of two games that weren’t really on my list of games to actually buy this year. Honestly, if it wasn’t for the Black Friday deals on Amazon, I might not have picked up this game and would have missed out on how awesome it truly was. Many people have talked up the game but, after Destiny, I wasn’t ready to love the hype again. I still don’t think I am, but at least this game didn’t disappoint from what I was hearing after its release.

After playing it for about an hour, I must say I was pretty hooked on it. Many people have stated that the game is a mix between Assassins’ Creed and Batman: Arkham Asylum/City games. I mainly picked up on the Assassins’ Creed elements as I haven’t played an Arkham game even though one of them (if not both) was given away on PlayStation Plus. I have played more since them and have come away with the fact that I still like to play this game and can’t wait to play more.

Since playing the surprise hit (for me) Far Cry 3, I’ve been chomping at the bit to get more. And I mean more of the real thing and not the cheesy attempt at 1980s action movie nostalgia that was Blood Dragon.  When information about Far Cry 4 started to leak and ultimately confirmed, I was excited to see that it looked like more of the same, even down to the villain.

The setting of the game is beautiful and very diverse giving you places where’d you’d expect it to be fairly warm and sticky to places where if you had one tear in your parka, you’d probably die from extreme frostbite. There are things that can take you out of moment, however. The animals that populate all that scenery you’re admire can be and are mostly hostile to your presence and are not shy about letting you know that. I’ve heard a lot of stories about the honey badger in the game, but the bane of my virtual existence in this game have been the dhale and wolves. Some might say tigers and bears (oh, my! (couldn’t help myself)), but at least they are big enough to aim without missing terribly.

Pagan Min has to be one of the best villains I’d ever seen. Unfortunately, he’s not around long enough for you to enjoy his presence. He’ll talk to you over the radio during key points in the story, but that’s about it. Its almost like talking to a parent that’s just too busy to come to your soccer match. “Yes, I know I had my schedule cleared for you, but some things have come up. Remember, don’t fool around with that Golden Path. They’re up to no good. Starting trouble in the neighborhood and such! See you soon, kiddo!”

With a game this good, how did the Ouya fail so miserably? Towerfall: Ascension has made the list as it has been a game that I have come back to time and time again.  When I need to kill a few minutes before gaming sessions or just want something to take my mind off a specific task for several hours, I’ll load this baby up on the PS4 and just get lost. The only thing I have against it is it doesn’t have online multiplayer but, thanks to the SharePlay feature on the PS4, I am able to play with one other person, even though the lag can kill the vibe.

For those who knew me years ago, these last two games would make you think that cats and dogs are sleeping together and that gas prices might just come back down. Well, I’ve seen photos of cats and dogs getting along and in some places gas prices have gone below $2/gallon, so…

Sunset Overdrive was most definitely going to be a game that I was going to skip over.  It was announced during Microsoft’s 2013 E3 presser and at that time, I was paying no attention to it as I wasn’t really expecting to have an Xbox One at the time of the game’s release. Not only that, but I’m not to big on heavily mutated beings (read: zombies) and post-apocalyptic settings.

However, upon trying the game during a midnight release party, I realized that, if I pushed all the mutant/apocalypse stuff aside, the game is actually very fun to play. Also, after playing through some of the beginning, I learned that it wasn’t as heavy handed as I thought it was with the mutants and scenario. If anything, it was used as a way to explain why you have crazy weapons and why you can essentially shoot things with blatant disregard as barely anyone was in the city to actually care. This also lent itself to making references to many things in video game culture like talking to cellphones that aren’t really there or breaking the forth wall by having your character punch the camera when you load your save.

Yeah! I said it! A racing game! And, for those keep score at home, #1 and #2 picks were both Xbox One exclusive titles (okay, Forza Horizon 2 may not be Xbox One exclusive (came out on 360, as well) but you get my point)! If it wasn’t for Turn 10 and Playground Games announcing Forza Horizon 2 at Microsoft’s 2014 E3 presser, this list would look completely different. I say that because when thinking about why Forza Horizon 2 was my game of the year and how my list look drastically different than anyone else’s, I realized that these were the games I played the most and got the most enjoyment out of them. They took me out of the stresses of my life for a few hours a day and that’s what I need nowadays.

Forza Horizon was a great game when it was released on Xbox 360 a few years ago. I have played plenty of racing games growing up and thought that the best I’ll ever see is Gran Turismo. Horizon changed all that by combining simulation driving with a bit of arcade then injected the best soundtrack for racing I ever did hear. I thought that I would never have a racing game quite like that one ever again, and, come to think of it, I don’t think I played another racer since then.

When Forza Horizon 2 was announced, I stopped everything I was doing at work, proceeded to call and text my wife, and convince her that I needed an Xbox One right away (keep in mind the game didn’t release for another 3 months after the announcement). This game had made be do a complete 180 on my stance. I have gone on record to state that I would not buy an Xbox One until they put a TV tuner in it (I have a feeling they won’t) or make it easier for me to watch cable TV through it with the ability to also use it as a TV DVR. Because of Forza Horizon 2, none of that mattered to me anymore.

As with the first entry into the series, Horizon 2 has the best soundtrack that I ever did hear of any video game that I have ever played. This is evident by the fact that I tracked down custom music playlists on Google Play Music so I can listen to the radio stations prior to the game’s release thanks to the demo that came out. Of course, when the full soundtrack was unveiled, the playlist filled out even more and more radio stations were added to the game and custom playlist section.

Now, what’s a driving game without driving? The game still manages to mix simulation and arcade feels perfectly. The visuals were superb on the Xbox One. The weather effects are amazing and, with the new Storm Island DLC that was just released, its only going to get better.

Now that was a lot! I must say that this was about the fullest list I’ve had since I’ve been able to buy video games for myself. This has been the first year I’ve been able to buy majority of the games during its year of release. Now, while there have been plenty of good games, there have been plenty that have been released with less than stellar reviews among other things. Also, we’ve seen a plethora of games released this year that have been broken and remained broken. Neither have we escaped from the plague that is game delays. I hope the future is brighter in 2015. Maybe we can pull our collective heads out of our asses and get into gear. How else would we be able to get others to take us seriously?