Get Lost in Lost Dimension 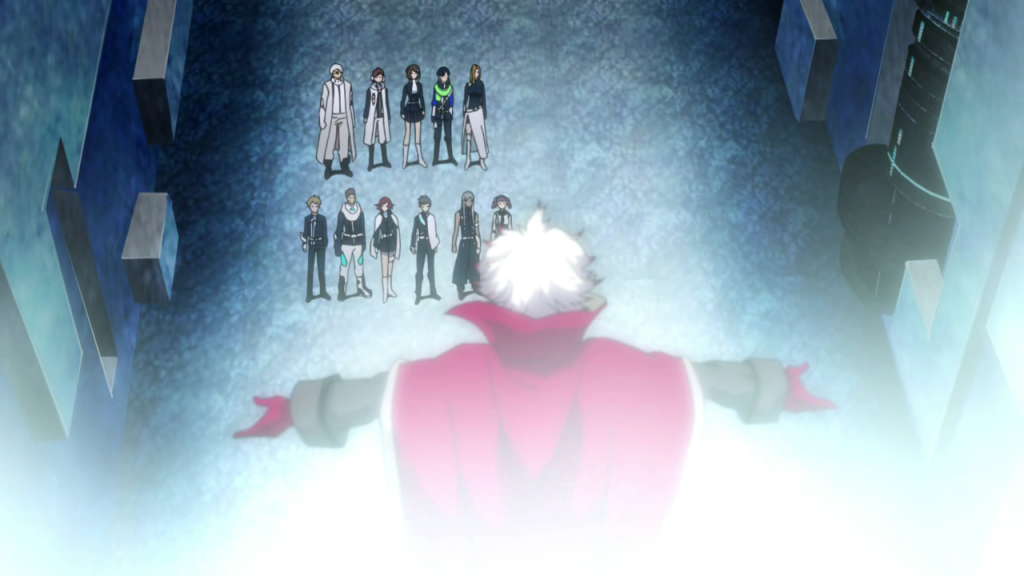 Here’s a situation: A mad man has decided to wage war against all of humanity. He puts a huge tower in the middle of an undetermined city. The leaders of the free world decide to send warriors with special abilities to fight this enemy only to have most of their forces wiped out and the remaining members’ memories wiped. Upon entering the tower, the remaining soldiers are greeted by the mad man who then told the soldiers his evil plan and and that one of them is a traitor.

Lost Dimension is a tactical RPG for the PlayStation 3 and PlayStation Vita developed by Lancarse and published by Atlus in the US.  The game has seen a release in Japan around this time last year and will be out in Europe next month.

I received a review combo for both the Vita and PS3 but played the game exclusively on the Vita and PlayStation TV. If any of the screens that I have seen are any indication, it appears that the game is the same on both platforms.

So, I went into this game blind, not really knowing what to expect from it. Having not really played anything from Atlus before, this game was actually pretty good. I didn’t know what a tactical RPG was but, upon playing this game, I realized that I had played this style of game before. It plays similar to the Fire Emblem series. I had only played Awakening but it was enough for me to fall in love with those styles of games. There are also other RPG aspects of the game included like leveling up your character and there abilities. You can also forge new, stronger weapons for your characters as well to give them an advantage of their enemies.

A nice change of pace in the standard RPG gameplay is the traitor system. Around the second floor, you are given the ability to investigate who the traitor is among your group. You can get clues at the end of each successfully completed mission by listening to the voices of those who were on the battle field with you. You are also given Vision Points for completing a floor. This allows you to go into the head of another character and try to figure out if they are the traitor. You can also sway the opinions of the other characters as to who the traitors. This comes in handy at the end of each floor when it’s time to vote for who everyone thinks the traitor is.

While the traitor story arc was pretty cool, the main story is still more of a played out “I’m a strange man trying to bring about the end of the world” story. I may be the only person who’s tired of it but it’d be nice if there was another imminent threat that didn’t involve blowing up the world or bringing about some type of apocalypse.

Also, I’m not sure what his name is in Japanese, but “The End” doesn’t seem like a very inspired name for a villain, especially when it so spoken so much in the game’s dialog.

Speaking of dialog, it’s not all that great. This is probably due to the fact that you don’t know how long either of the characters will be in the game. Seeing as that they could be eliminated at any moment due to the traitor aspect of the game, I imagine you can’t write dialog that can naturally flow between characters.

Lastly, the game, as with other Japanese RPGs, is very text heavy.  While I came to expect dense dialog with Japanese games (especially the RPGs), I figured the text heavy nature of it was on its way out of the door when at least Final Fantasy X came out. There are some points where there is voice acting being used, but it’s still tied to the text boxes which at least can be auto-scrolled by using the square button.

With all that said, overall, I have fallen in love this game. I’ve learned to ignore more of the story and breeze past most of the dialog just to get back to the awesome gameplay and get down to the mystery of who actually is the traitor. If you are a fan of tactical RPGs, you should totally pick this up. It is $39.99 and will be available on both the PlayStation 3 and PlayStation Vita.

I would like to give a special thanks to GameEnthus and Atlus for giving me the opportunity to review the game!